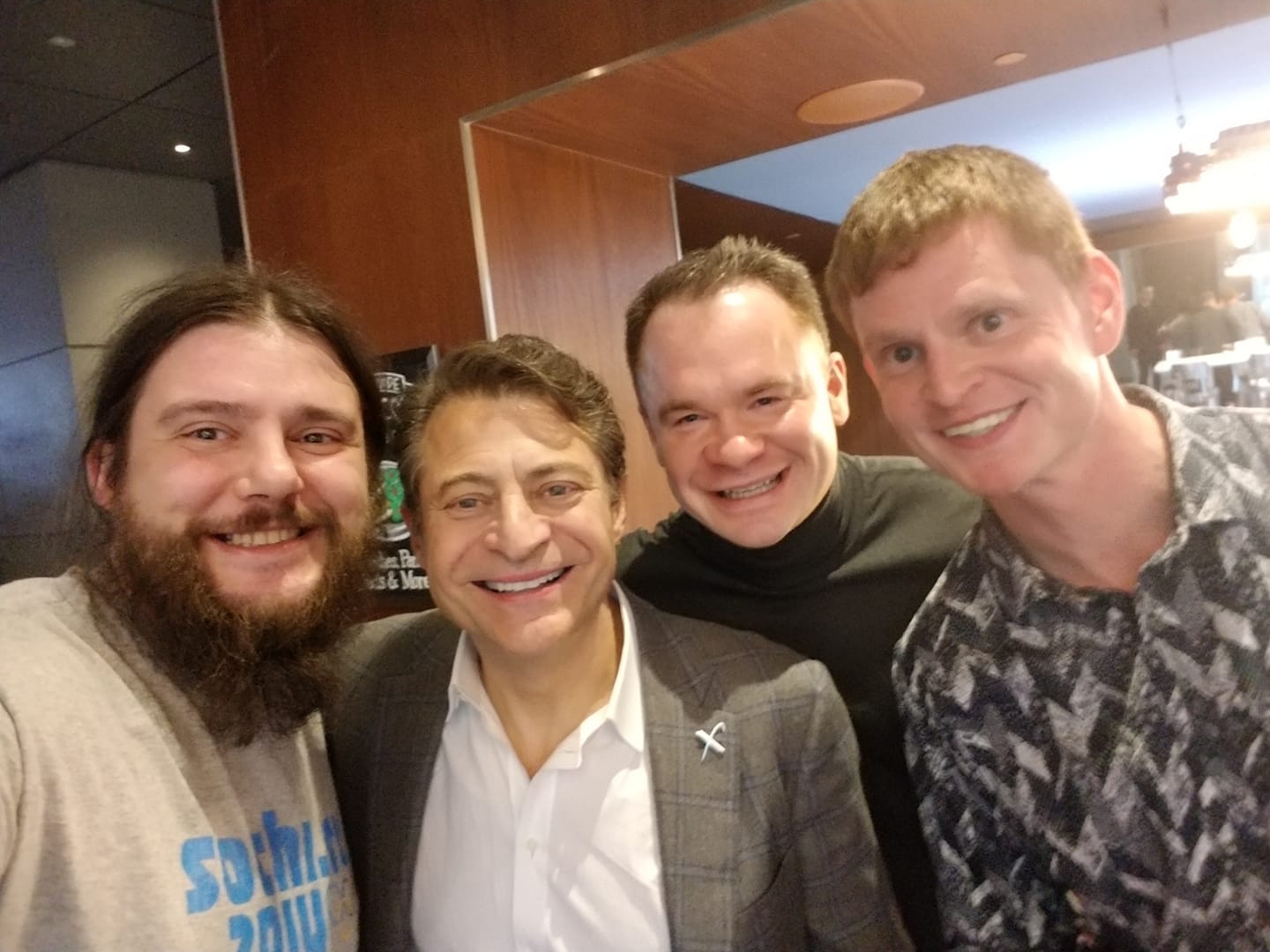 (0) You will get into the future anyway and spend an infinite amount of time there.

Whatever you do and whether you have or not a long-term personal strategy you are sure to get into the future - in the form of molecular fluid, semi-decomposed corpse, in a state of hibernation, with the smallest losses in the vessel Dewar, or as an avatar, loaded into the computer - you decide!

Although each point seems obvious and trivial, most often when journalists or ordinary citizens talk about the future, they do not remember and/or do not apply them. This is particularly because the culture of building the future is not specifically developed.

On November 13th, the Russian embassy in cooperation with Kennan Institute is holding a reception followed by a concert called "A concert for unity" featuring a conductor Valeri Gergiev and a pianist Denis Matsuev. Both are famous musicians from Russia and long-time supporters of the Russian dictator Vladimir Putin. They both are parts of Putin's "soft power" - economic and cultural influence to promote Putin's Russia and persuade for a dialog with Kremlin. In the meantime, in 2014 they both signed a letter in support of Putin's annexation of Crimea and policies towards Ukraine. In 2016 Gergiev and Putin's friend and a cellist Sergei Roldugin, whose offshore funds were revealed in the leaked Panama papers archive, both performed in Russia-occupied city of Palmyra in Syria while Putin's bombers were killing civilians in Aleppo. In 2008 Gergiev performed in Russia-occupied South Ossetian capital Tskhinvali after Putin's aggression against Georgia.

Obviously, it is another attempt of the Putin's regime to present the regime to the Washington's establishment as being cultural and civilized. We are gathering at the Cathedral before the reception to show a different face of Putin - tortured and killed dissents in Russia, thousands killed and millions displaced Ukrainians and Syrians, the regime's gross human rights violations and hostility towards the neighbors and the Western world. A dialogue about unity can start only after returning Crimea back to Ukraine, withdrawing the Russian troops from Eastern Ukraine and Syria and releasing all political prisoners in Russia including Ukrainian citizens. Otherwise, the Putin's regime will face tougher sanctions and deeper isolation.

The Division of Russian and Slavic Studies and the Russian Club of Hunter College, CUNY, cordially invite you to a lecture and conversation with

Irina Prokhorova (Moscow). “Publishing, Freedom of Speech and the Humanities in Russia from the 1990s to the Present.”

Irina Prokhorova is editor-in-chief of The New Literary Observer publishing house in Moscow, which has provided a vital platform for scholarly, intellectual and artistic discourse in Russia since its inception in 1992, She and her publishing house are indispensable not only in Russia but also across Slavic Studies in the U.S. and worldwide. Ms. Prokhorova is a frequent guest at American and European universities and a contributor to international academic conferences, including the annual ASEEES (Association of Slavic, East European and Eurasian Studies).

IRINA PROKHOROVA graduated from the Philology Department of Moscow State University and wrote a dissertation on modernist English literature. In 2004, she cofounded the Mikhail Prokhorov Foundation, a charity organization that supports cultural initiatives in the Russian regions and other ways of promoting Russian culture worldwide, for example, via the Transcript Translation Project, which supports translations of Russian literature into world languages. Since 2012, Ms. Prokhorova has hosted the program System of Values on RBC TV, and from 2013 to mid-2014 was the head of the Federal Civil Committee of the political party Civic Platform (her decision to stand down was motivated by the split in the party over the annexation of Crimea). As a media figure, publisher and intellectual, she has consistently supported numerous artists, scholars and journalists in their fight for civic values in Putin's Russia. She is the recipient of numerous Russian and international prizes and awards, including the Liberty Prize for contributions to the development of Russian-U.S. cultural relations, the Andrei Bely Prize for services to Russian literature, Chevalier of the Order of Arts and Letters of France, to name but a few.

If you are not a CUNY student or employee, please RSVP on our website (www.reechunter.com) or by sending an email to russhunter@hunter.cuny.edu, and we will put your name on our guest list. Please have a photo ID to get a pass to the building. From the entrance to Hunter West, where you get the pass, take the escalator to Floor 3, then walk to the Hunter East Building on the sky bridge, and take the elevator to Floor 7 (library) for Room 706.

We are looking forward to seeing you!

The CIA on Saturday said it stands by the Intelligence Community’s declassified report that concluded Russia called for an influence campaign aimed at helping President Trump win the White House.

In a snowy village of run-down cottages outside Moscow, a pair of vacuum-sealed fibre-glass and resin tanks in a shed are taking 30 human bodies and 25 heads and brains on a journey into an eternal future.

Just recieved an unsolicited tits pic from a woman i know only virtually. Am i already harrased ?… Posted by Alexey Immorta Potapov on 12 ноя 2017, 09:18

Carpenter ants of the Brazilian rain forest have it rough. When one of these insects gets infected by a certain fungus, it turns into a so-called “zombie ant” and is no longer in control of its actions. Manipulated by the parasite, an infected ant will leave the cozy confines of its arboreal home an...